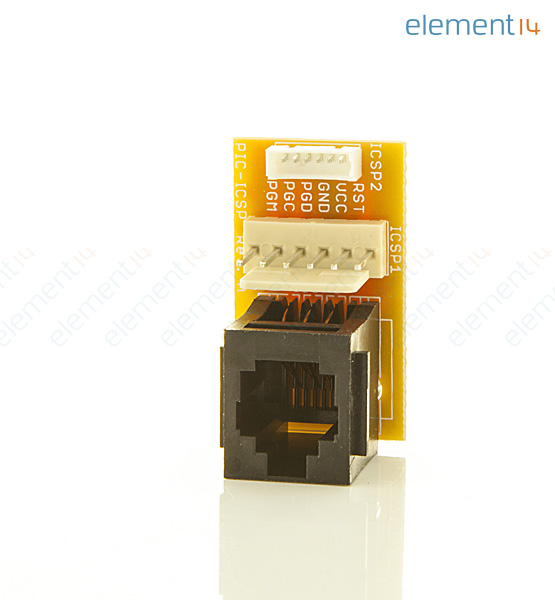 Almost all Olimex boards come with simple 0.1" ICSP connectors. Some suppliers have decided to use a phone jack cable for their tools and boards which is huge in size. The new mini boards are designed for where space is critical and you can't use any of those options, that's why we introduced the new ICSP-mini connector with a 0.05" step. The PIC-ICSP is 3-way connector which allows bridging between development tools which use different connectors.